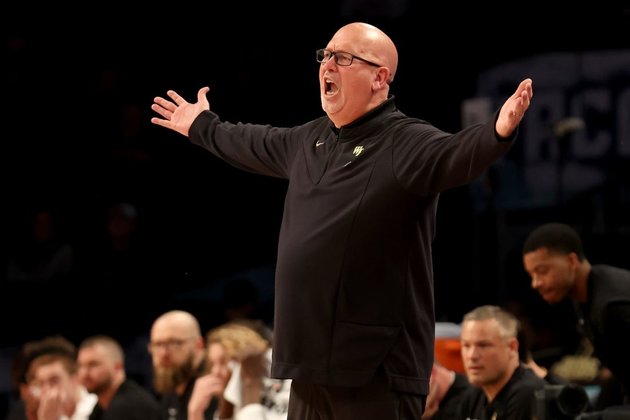 Hildreth tallied 14 points, 11 rebounds and 10 assists for the Demon Deacons (6-1). Monsanto made six 3-pointers and Tyree Appleby and Andrew Carr both supplied 17 points.

Wake Forest has posted two lopsided wins at home since last weekend's overtime loss to Loyola Marymount in the Jamaica Classic final. These were tune-ups prior to the team's first true road game Tuesday at Wisconsin.

Marquis Godwin led Hampton (1-5) with 18 points, with all of his points coming on 6-for-7 shooting from behind the arc. Russell Dean added 15 points, seven rebounds and seven assists.

The Pirates, who committed 17 turnovers, made 12 of their 19 baskets from 3-point range.

Hildreth was 5 of 9 from the field and 3 of 3 from the free throw line and added two steals.

The margin climbed to 75-38 midway through the second half. Hampton scored 32 of its total points in the last 12 minutes of the game.

It took less than seven minutes for the Demon Deacons to race to a 24-3 lead. Zach Keller, Appleby, Carr and Monsanto all connected on 3-point shots during that opening stretch. Monsanto drained three more 3s in the last seven minutes of the first half.

Four Wake Forest players were in double-figure points by halftime, when the Demon Deacons held a 53-24 lead.

Wake Forest played its second game in a row without starting guard Daivien Williamson, who has been out with a sore back.

The Demon Deacons attempted only seven foul shots in the game. They held a 38-29 rebounding advantage.

The Banshees of Inisherin