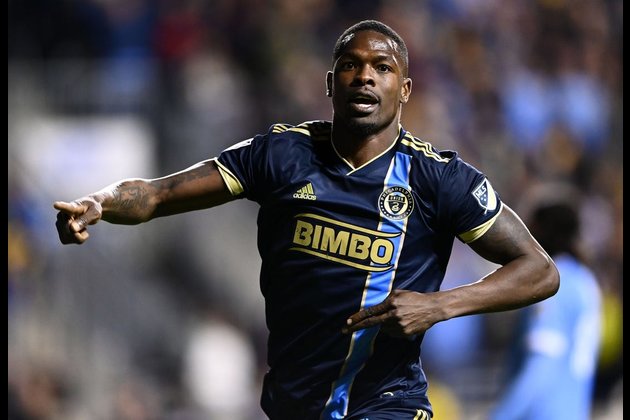 The New York Red Bulls signed veteran forward Cory Burke to a two-year contract with an option for 2025.

"We are very happy to have Cory join our club," NYRB head of sport Jochen Schneider said in a news release on Monday. "He is a strong striker that has a lot of experience in MLS and knows our playing style very well and we are looking forward to having him with us."

Burke played a career-high 33 games and registered seven goals and five assists this season as the Union reached the MLS Cup Final.

Burke also has made 27 appearances for the Jamaican National Team since 2016, scoring seven goals.

NEW YORK, New York- U.S. stocks were uneasy early Wednesday following a release of a raft of economic data but ...

OTTAWA, Canada: Canada has launched its Indo-Pacific strategy, which includes spending worth $1.7 billion, with the aim of enhancing military ...