Retail inflation falls to 5-month low of 6.71 per cent in July 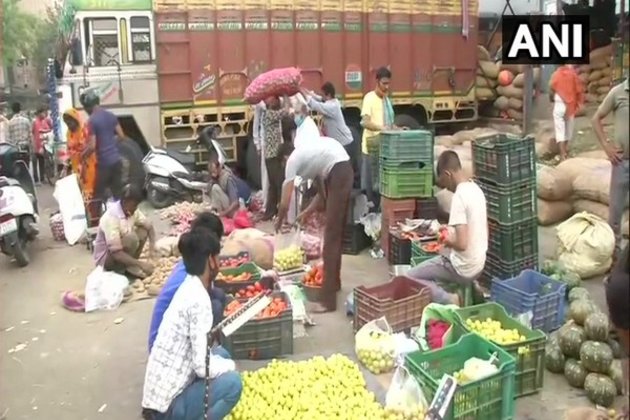 New Delhi [India], August 12 (ANI): India's headline retail inflation fell to 6.71 per cent in July, the lowest level in five months, helped by an easing in food and oil prices, as per the National Statistical Office (NSO) data released on Friday.

The Consumer Price Index (CPI) based retail inflation stood at 7.01 per cent in June.

Although the retail inflation declined significantly in July when compared with the previous month, it remained higher than the Reserve Bank of India (RBI) upper tolerance limit of 6 per cent.

Sequentially, the CPI-based inflation eased to 0.46 per cent in July 2022 from 0.52 per cent in the previous month.

Inflation in rural India was higher than in urban areas. Headline retail inflation for rural areas declined to 6.80 per cent in July 2022 from 7.09 per cent in the previous month.

For urban areas, the headline retail inflation fell to 6.49 per cent in July 2022 from 6.86 per cent in the previous month.

The Price data are collected from selected 1,114 urban markets and 1,181 villages covering all states and UTs through personal visits by field staff of the Field Operations Division of NSO, the Ministry of Statistics and Programme Implementation, on a weekly roster.

During July 2022, NSO collected prices from 99.7 per cent villages and 97.6 per cent urban markets while the market-wise prices reported therein were 89.5 per cent for rural and 92.3 per cent for urban, as per an official statement released by the Ministry of StatisticsProgramme Implementation. (ANI)

SAN FRANCISCO, California: Amidst declining margins and weak sales of outdated clothes of its brands, including Old Navy and Banana ...

Many forced out as US rental apartments jump 10% in price

WASHINGTON D.C.: Young workers in the U.S. have been the group most harmed by surging rental prices, with many taking ...

US to allow more tourist flights to Cuba

WASHINGTON D.C.: The U.S. Transport Department has announced that the Biden administration has approved the expansion of U.S. flights to ...

MOSCOW, Russia: After battling supply chain issues, potato shortages and a heftyrebranding job, the successor to McDonald's in Russia, Vkusno ...

NEW YORK, New York - U.S. and global stocks continued falling Friday in a dismal end to the week. The ...

HALIFAX, Canada: Cyclone Fiona struck northeast Canada this weekend, with reports of houses being washed into the ocean, roofs torn ...

BRUSSELS, Belgium: In response to a new escalation in Russia's war against Ukraine, the European Union is considering an oil ...

Longstanding divisive issues between Azerbaijan and Armenia resulting from or related to the Nagorno-Karabakh conflict remain unresolved, despite continuing efforts ...

WASHINGTON D.C.: The U.S. government said it will seek the death penalty for Sayfullo Saipov, the man charged with running ...

HONG KONG: To keep the city connected with the rest of the world, while ensuring an "orderly opening-up," Hong Kong ...

Star Wars: The Rise of Skywalker