US tax collector prepares new agents to use deadly force 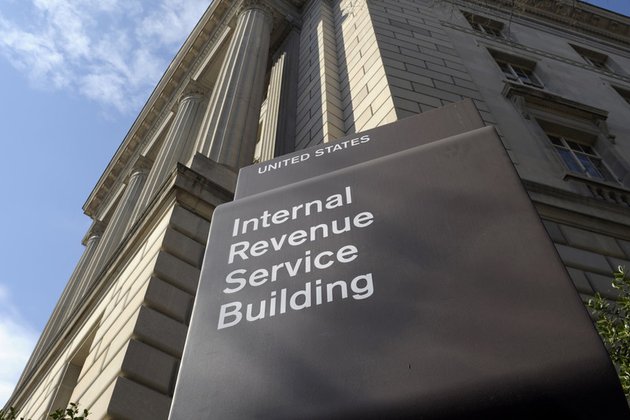 The US tax authority has come under fire after posting a job offer warning that new agents must be prepared to wield "deadly force" against suspects, amid heightened concerns about heavy-handed tactics by the IRS as it seeks to hire thousands of new enforcers.

An IRS job form seeking 'Criminal Investigation Special Agents' was briefly taken offline and edited on Wednesday after its language stoked uproar on social media, according to Fox and other outlets. Though a previous version of the page (archived August 10) noted that "major duties" of the job would include carrying a firearm and being "willing to use deadly force, if necessary," the listing visible on Thursday evening no longer contains that requirement.

Journalist Ford Fischer was among the first to note the verbiage about 'deadly force' in a series of tweets on Wednesday. Less than 24 hours later the agency had taken down the notice, removed the offending bullet-point and reuploaded it.

"The IRS Criminal Investigation special agent job announcement continues to be open on USAJobs and has not [been]/was not taken down," an IRS spokesperson told Fox Business, but offered no explanation for the apparent edit.

Republicans and conservative critics of US President Joe Biden have sounded alarms in recent days about growing IRS authority, with House Minority Leader Kevin McCarthy (R-California) alleging that Democrats are looking to build an "army" of federal tax officers through a provision in the yet-to-be-signed Inflation Reduction Act.

Libertarian-leaning Republican Thomas Massie (Kentucky) noted the controversial job listing in a social media post, also claiming the IRS is seeking to add "tens of thousands" of agents to its ranks and warning that they would be exempt from a Democrat-led push to ban AR-15 rifles.

However, while detractors have argued the measure will dramatically expand the total force of IRS agents - some suggesting they would be unleashed on small business owners across the country - a Treasury Department official reached by Time denied the charge.

"It is wholly inaccurate to describe any of these resources as being about increasing audit scrutiny of the middle class or small businesses," the official said.

Time went on to note that while the Inflation Reduction Act does authorize some $78 billion for the IRS over the next 10 years, those funds will "cover a wide range of positions," only some of which will be tax enforcement agents. Moreover, many of the new employees would fill jobs currently held by people who are set to retire, meaning the IRS could see up to 30,000 additional workers over its current staff, well below the 87,000 repeatedly claimed by conservative critics.

The tax authority currently has around 78,000 employees overall, according to former IRS Commissioner John Koskinen, who noted the total figure had dropped from near 100,000 workers since 2013.

BEIJING, China: During a ceremony this week, China certified its C919 narrow-body passenger jet, which is part of the country's ...

NEW YORK, New York - It was another volatile day on Wall Street on Friday as investors weighed up more ...

Asian stocks close out month and quarter on dismal note

SYDNEY, NSW, Australia - Asian stocks closed out the month and the quarter on a dismal note Friday."The 'troubling triad' ...

With eye on competition, Tata Motors selling $10,000 EV in India

NEW DELHI, India: As it seeks to attract more buyers, Tata Motors, the country's only electric vehicle maker, has introduced ...

40,000 Chinese workers to be deported as Manila ends online gaming

MANILA, Philippines: The justice ministry in Manila said it will close 175 Chinese-owned "Philippine offshore gambling operators" and deport some ...

Abortion regardless of marital status legalized by India's top court

NEW DELHI, India: In a decision widely hailed by women's rights activists, India's top court upheld the right of a ...

Another delay for US moon rocket as hurricane approaches Florida

CAPE CANAVERAL, Florida: NASA has announced that it will roll its giant moon rocket, the Space Launch System, off its ...

MIAMI, Florida: As Hurricane Ian crashes across the Caribbean, bringing high winds and torrential rains, Florida residents are scrambling to ...

KRAKOW, Poland: Organizers said an April Roger Waters concert planned in Krakow, Poland, has been canceled due to Waters' support ...

TEL AVIV, Israel - The Israeli army has approved using drones to carry out assassinations in the West Bank.The extraordinary ...

LONDON, England: As Britain adjusts to its first new head of state in 70 years, the government printers responsible for ...