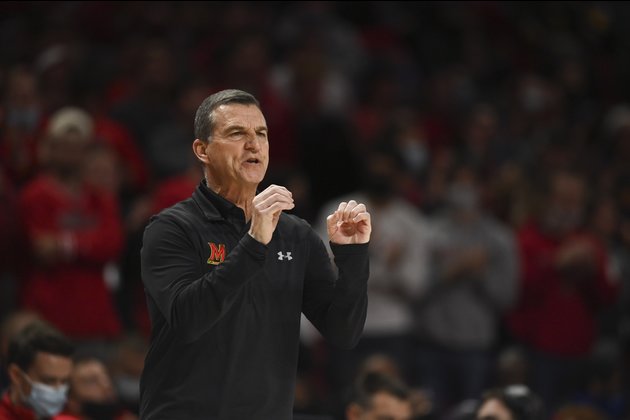 Hakim Hart scored a season-high 24 points and Eric Ayala added 20 as Maryland rallied from 11 points down in the second half to defeat Richmond 86-80 Thursday night in the semifinals of the Bahamas Championship in Nassau.

Hart, who entered the game averaging 4.0 points and hitting less than 32 percent of his shots, made 8 of 9 from the floor, including 4 of 5 from beyond the arc as Maryland (5-1) beat Richmond for the 10th straight time.

Fatts Russell (15 points, six assists) also played a major role for Maryland, using his speed to pick up the tempo for the Terps after sitting out much of the first half in foul trouble. Russell made a 3-pointer with 1:12 left which capped a 17-3 run that transformed an eight-point deficit into a six-point lead.

Richmond (3-3) was led by Grant Golden, who posted 18 points, six rebounds and five assists. Jacob Gilyard added 14 points and reserve Nick Sherod scored 14, including 11 in the first half to help stake the Spiders to a 12-point advantage.

In the final 43 seconds, Golden and Sherod made 3-pointers to keep Richmond close. But a long 3-point try by Sherod with 13 seconds left came up short, ending the Spiders' hopes.

Richmond was bidding to become the second Atlantic 10 team from Virginia to beat Maryland. Last week, George Mason beat Maryland for the first time in 10 tries.

Maryland scored 54 points in the second half, shooting 65.4 percent from the floor.

The late 17-3 run was decisive. Donta Scott triggered it with a 3-pointer. With 4:06 left, Hart hit a 3 to give the Terps their first lead since early in the game, 73-72. Qudus Wahab (13 points, six rebounds) then scored the next four points to help give the Terps a cushion.

LONDON, England: British Airways has suspended flights to Hong Kong, after its crew members were reported to have been forced ...

NEW YORK, New York - U.S, stocks had a volatile day on Friday before all the major indices finished in ...

DUBLIN, Ireland: Industry officials have said that they do not expect large jumps in retail spending to be seen before ...

YOKOHAMA, Japan: The Covid Omicron variant of COVID-19 could add pressure to a chronic shortage of microchips used in car ...

SYDNEY, NSW, Australia - Stocks in Asia were mostly higher on Friday as investors and traders took emerging news about ...

HOUSTON, Texas: On Monday, a Texas man, Lee Price III, was sentenced to over nine years in prison after fraudulently ...

WASHINGTON D.C.: Earlier this month, the federal Education Department announced it is canceling another round of student loan payments, adding ...

LONDON, England: The Taliban has executed dozens of members of the former government's security forces after the surrender of Afghanistan, ...

NATO chief: Countries should prepare for Russian incursion in Ukraine

RIGA, Latvia: Jens Stoltenberg, secretary-general of the North Atlantic Treaty Organization, has warned that the American-led military alliance should be ...