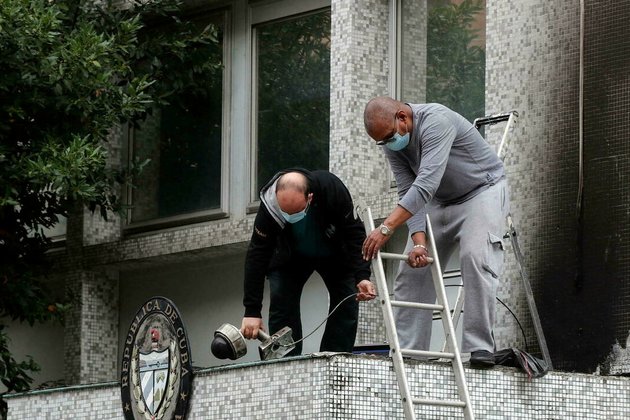 French authorities said Tuesday they are investigating a gasoline bomb attack that caused minor damage to the Cuban Embassy.

The Paris prosecutor's office said an investigation is under way. No one has been arrested or claimed responsibility, police said.

The Cuban foreign ministry's international press centre said three Molotov cocktails were thrown, with two hitting the embassy and setting a fire. Cuban diplomats extinguished the blaze as French firefighters and police arrived at the scene, it said.

A spokeswoman for the French foreign ministry said on Tuesday that France condemned the attack against the Cuban embassy and that a judicial investigation has been opened. She added that security has been stepped up in the vicinity of the embassy.

Cuban embassies in many cities around the world have been the scene of demonstrations both against and for Cuba's government in reaction to protests that erupted across the island on July 11-12.

Cuba has accused the US government of fomenting a social media campaign aimed at destabilizing the Caribbean nation, which is going through a severe economic crisis exacerbated by the coronavirus pandemic and US sanctions.

(FRANCE 24 with REUTERS and AP)