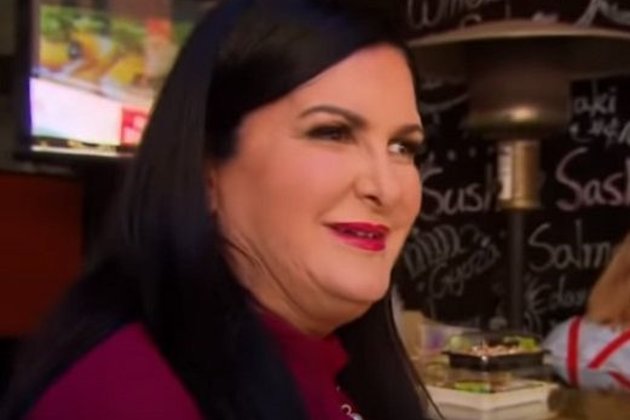 OUR STORIES on Dominique Grubisa on 28 October last year and 1 May this year exposed some very catfishy behaviour, with fake reviews and fake articles celebrating her dubious talents. IA's investigation hit the mainstream with a segment on A Current Affair on 31 May.

Undeterred by these articles, Grubisa has since collected even more fishy articles, in what seems to be a methodical effort to restore her reputation.

Three days after the segment on ACA, our friends at a Dominican Republic online music publication, Vents Magazine, once again came dancing to the defence of Mrs Grubisa.

Despite residing in the Carribbean, in a recent article in Vents, author "Harris Shawn" claimed to have:

In an obvious reference to Channel Nine's ACA expose, Shawn suggests negative commentary about Grubisa is part of some sort of endemic societal cyber abuse of women by:

EXCLUSIVE: Grubisa uses struck off solicitor parents to give legal advice to students and clients

High-profile property and law maven Dominique Grubisa has been using her struck-off parents to provide legal advice and services to her students and clients. Dave Donovan investigates.

Going all in, Mr Shawn says:

This sounds very much like the language of Elizabeth Holmes of the infamous Theranos fame.

Who is Harris Shawn? Well, according to Facebook, "Harris Shawn" is in fact, Ritushree Rout, who claims to live in Bhubaneswar, India.

Perhaps the "Harris Shawn" name is derived from the much more real Shawn Harris, an engineer at Google.

But clearly, the reputation of Grubisa needed to be further repaired and another story featured on newsanyway.com, under the byline "Catherine".

The owner of that website, Sam Allcock, from Manchester in the UK, has confirmed the story was in fact a guest post put forward by an intermediary via fiverr.com and not penned by Catherine.

Like many other authors of guest posts referring to Grubisa's products, Catherine's interests are diverse. Recent articles have included stories about a book on LGBT+ horror stories, dealing with anxiety caused by a traffic collision and the Al Humaidi Family Kuwait-Centric Business Innovation.

Allcock confirmed that Catherine had no direct knowledge of Grubisa's products, yet she was quick to jump to her defence claiming that:

Another questionable review come from the self-titled 'Queen of Reviews', Justine Caraway from Nashville, who said:

She went on to say:

She wrote that her own goals were to:

The mainstream media have picked up yet another IA investigation - proving yet again that IA is the best in the business at bringing down the baddies.

If travelling interstate was not ideal for a few days, one would think travelling from Nashville might be rather more inconvenient. Sadly, we doubt Ms Caraway will find too many deals popping up in her area off the RP Data (Australian) list.

Other questionable reviews come from websites productreviews2u.com, virtualpropertyincome.com and sydneypropertyinvestors.com which all remarkably contain no content, other than in each case, a review of products sold by DG Institute. All domain names were registered between 13 September and 16 September 2020.

One thinks the ACCC may have have an interest in the proliferation of fake reviews regarding Grubisa's business.

As the ACCC says: