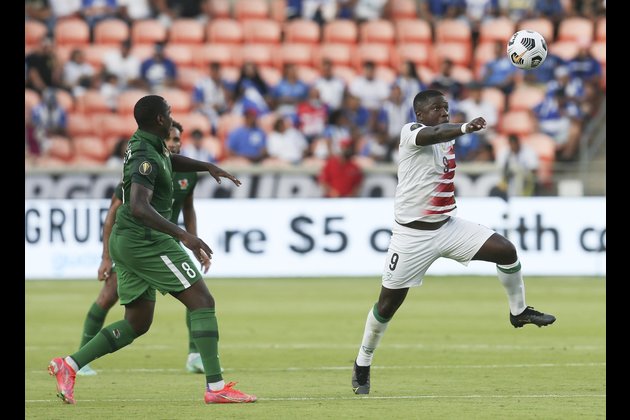 Nigel Hasselbaink rolled home the winning goal in the 79th minute, lifting Suriname to a 2-1 win over Guadeloupe on Tuesday in Houston and giving his team third place in Group C at the CONCACAF Gold Cup.

Guadeloupe played more than an hour with 10 men after Kelly Irep received a red card in the 29th minute, and teammate Quentin Annette was sent off in second-half stoppage time.

Both teams lost each of their first two Gold Cup games and were eliminated from the possibility of advancing before their Tuesday meeting in the group-stage finale.

The showdown for first and second place in Group C between Costa Rica and Jamaica had a long weather delay Tuesday in Orlando. With a victory or a tie, Costa Rica would win the group, while Jamaica would finish on top if beats Costa Rica.

The Group C winner will oppose Group B runner-up Canada in the quarterfinals, while the Group C runner-up will face the United States, Group B winner, in the quarters. Both of those matches are scheduled for Sunday in Arlington, Texas.