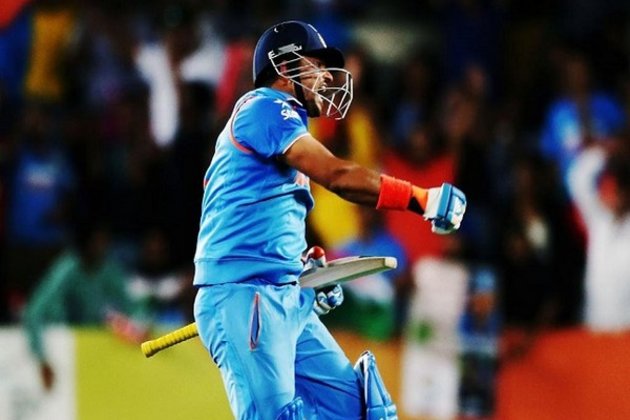 "I think the match against Pakistan in the 2011 World Cup is the most memorable one. India had to win the semi-final as the game was crucial for both teams. Pakistan was on top of the pool, as they played a lot of matches in Sri Lanka. Definitely, I would say 2011 (was most memorable). After that, our team got stronger and we never lost against them in the World Cup. 2011 World Cup was critical because we were playing the tournament on our home soil and we had pressure to play one more game in the final," Raina said on Star Sports' show 'Cricket Connected'.

"The emotions were different but, we all managed to stay calm. When you're playing against Pakistan, you make sure you give your best. You need to give it back to your team; you need to work hard on your intention, planning, and every other thing. We worked hard, and the whole team did well," he added.

Talking about MS Dhoni, Raina said: "We've played a lot of matches for India as well as CSK. He has played almost 200 matches for India and for CSK. I think it's just the emotion and on top of that, we have that respect for each other. I have learned a lot from him, and he is like a big brother to me. We have won a lot of trophies together and have lost a lot of finals as well, but I think the belief, the respect we have for each other is immense.""And that's what everyone loves about it (our bond). Hopefully, when we go to Dubai, we will have a camp and we can again win it for him. I think the way we were playing this year; we were having some extra confidence from his captaincy and he was enjoying each other's success. He was giving freedom to all the players and having Moeen Ali, Sam Curran, Dwayne Bravo, Ruturaj Gaikwad and Faf du Plessis on the side, we had the momentum. Hopefully, when we go to Dubai, we can do it again for MS," he added.

The International Cricket Council (ICC) on Friday had announced the groups for the Men's T20 World Cup 2021 to be hosted by the BCCI in Oman and the United Arab Emirates (UAE) from October 17 to November 14. Arch-rivals India and Pakistan have been placed in Group 2 of the Super 12s.

This will see the two teams clash in the group stages of the showpiece event. The groups, selected on the basis of team rankings as of March 20, 2021, see defending champions the West Indies pooled along with former champions England, Australia and South Africa in Group 1 of the Super 12s, with two qualifiers from Round 1 joining them. Group 2 will comprise of former champions India and Pakistan, New Zealand, Afghanistan and the other two qualifiers from Round 1. (ANI)