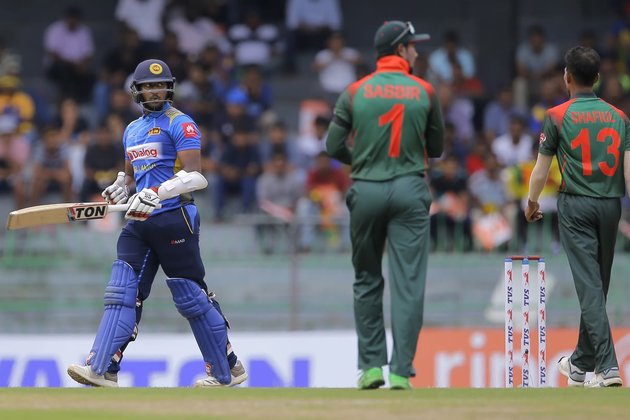 The BCB has sold its 2021-23 TV rights to marketing agency Ban Tech for a reported price of BDT 161.5 crore ($19.07 million approx). The company won the bid after quoting an offer price just above the $19 million floor price set by the board last month. The Bangladesh-Sri Lanka ODI series, to be held in Dhaka next week, will be the first home series under this deal, which runs up to October 2023.

The amount is 5% less than BCB's previous long-term broadcast deal with Gazi TV, which was $20.02 million for six years. It is understood that the BCB is pleased with the deal, and will make a formal announcement on Tuesday.

"We will disclose the deal after the board's approval tomorrow. It is definitely a good thing, given the circumstances. They were the only bidders, and they met the floor price," Jalal Yunus, BCB's media committee chairman, said.

Ban Tech had previously bid successfully for the Bangladesh-West Indies home series in January-February this year, for a reported $2.12 million (approx.) price, bidding $620,000 more than the floor price on that occasion. One major difference between previous TV deals and the new one is that BCB will produce the home series during this period after they also separately advertised for offers from production companies. This is the first time that the BCB will produce the broadcast on their own.

ESPNcricinfo understands that both Gazi TV and T-Sports, the two major sports channels in Bangladesh, will be buying the rights from Ban Tech. T-Sports had previously shown the Bangabandhu T20 Cup and this year's Bangladesh-West Indies home series.

The new TV deal includes ten home series including tours of Australia and England this year, and India's tour next year. Australia are supposed to play only T20Is (the number of matches are not yet confirmed) and according to the ICC's Future Tours Programme, England have three ODIs and three T20Is scheduled just before the World Cup T20 this year.

India are scheduled to play two Tests and three ODIs in November 2022. Apart from these teams, Sri Lanka (twice), New Zealand, Pakistan, Afghanistan and West Indies are also scheduled to tour Bangladesh till January 2023. In the previous six-year cycle that contained 80 international matches, India toured Bangladesh twice, in 2014 and 2015, while England and Australia toured once each.