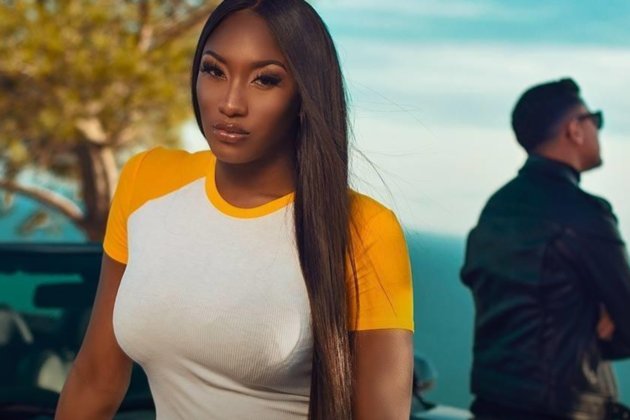 In 2019, Vanity Fair called French Malian singer Aya Nakamura "the most influential French musician in the world". And she's continued in that vein ever since.

With her mix of urban and Afropop sounds, street slang from the banlieues, or suburbs of northern Paris, the 25-year-old singer has had hit after hit over the last three years.

The video has been viewed more than six million times since it was posted on YouTube mid-July.

Nakamura's fan base stretches beyond France, to Romania, The Netherlands and several Latin American countries.

With more than 12 million listens a month on Spotify she's quite simply the most popular French artist of the moment.

"Aya Nakamura combines both catchy melodies and a really original kind of syntax which has been joked about but does correspond to the times we live in.

"Nakamura is currently the French singer who represents France abroad."

Other female singers like Camille and Christine and the Queens have broken into international markets but Aya Nakamura is one of very few black artists.

With her unbelievably long fake nails, bold make up, figure-hugging dresses and jumpsuits, she celebrates her curves and makes no attempt to hide her African roots. That's also part of her success.

"She a black woman, she doesn't hide that by dressing up as if she's a singer from Europe," Cachin says. "That's played a role too."

Nakamura was born Aya Danioko in Mali in 1995, into a family of Griots, West African storytellers and praise singers.

Her own stories have seemingly little to do with the African continent, and everything to do with growing up in the working class multi-racial banlieues north of Paris.

Her songs talk about relationships, flirting and female friendships.

She sings in French but with her own lingo, incorporating expressions from English, Arabic and the Bambara of her Malian parents.

"I sing exactly as I would talk with my friends, I'm not going to change who I am to fit in," she told The Fader.

Nakamura took off in 2018 through her No.1 hit single Djadja, a catchy bittersweet Afropop song with some soft rap on which she calls out a friend who lied about having sex with her.

"You think about me while I think about making money," she sings. "I'm not your mother / I'm not going to lecture you."

The song also became an international hit, going to No.1 in the Netherlands where she became the first female French singer to top the charts since Edith Piaf with "Non, je ne regrette rien" in 1961.

Djadja became something of an anthem for female empowerment in France. Nakamura's image stood out on posters during French protests over violence against women.

But her girl power songs and accompanying videos - which put the emphasis on making money and dominating men - put her closer to singers like Rihanna.

In summer of 2019 Nakamura ruled the charts with her new smash "Pookie" tinged with reggaeton and Jamaican dembow.

Pookie is unique Nakamura slang meaning someone who snitches on you, and comes from the Roma word poucave.

On November 12 2019, Nakamura got a boost from Madonna after she posted an Instagram story with her dancers vibing to "Djadja".

Mixed day on Wall Street, Dow the only gainer

NEW YORK, New York - U.S. stocks meandered in and out of positive territory on Friday and ended up with ...

Companies from China seek to list in U.S. despite trade tensions

SYDNEY, Australia - Stocks in Asia were on the rise on Friday, while the U.S. dollar was mixed. Only the ...

Fears mount over last weeks of Trump presidency if he loses

What could happen to America if Trump were to further, severely crash the U.S. economy the day after Joe Biden ...

ABU DHABI, UAE - A phone call by U.S. President Donald Trump clinched what is being described as an 'historic ...

The catastrophic blast which led to the deaths of more than 200 in Beirut on 4 August, has prompted more ...

PERTH, Western Australia - A 28-year-old man was scheduled to appear in Perth Magistrate's Court on Friday over allegations he ...

NEW YORK CITY, New York - A man who was arrested as he was about to board a plane at ...

BEIRUT, Lebanon - The World Food Programme (WFP) is racing to prevent food shortages in Lebanon as the country continues ...

Rush, but not race, to develop coronavirus vaccine