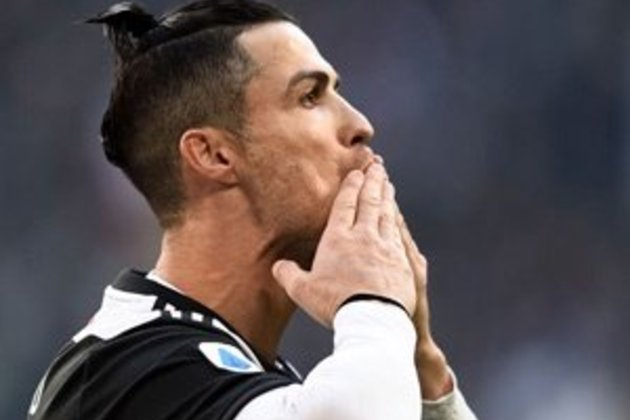 Cristiano Ronaldo and his agent Jorge Mendes will donate three intensive care units to Portuguese hospitals to help them cope with the coronavirus pandemic, local health officials said on Tuesday.

The Portuguese pair will donate to at least two institutions and will give "two intensive care units", with a "capacity of 10 beds each" to the University Hospital Centre of Northern Lisbon (CHULN), a group of hospitals in the country's capital city, a spokesperson told .

CHULN currently has a capacity of 77 beds.

Mendes and Ronaldo will also donate a unit to the Santo Antonio Hospital of the University Hospital Center of Porto.

"This is a very important investment that includes more than a dozen respirators and other necessary equipment," Eurico Castro Alves, director of the hospital's surgery department, told newspaper , adding the unit would bear their names.

"If necessary, Cristiano Ronaldo would like to do the same in Madeira," he added.

Juventus forward Ronaldo has returned to his home island, which has 11 confirmed cases of Covid-19 out of the 2 362 in Portugal. The country has recorded nore than 30 deaths.

He was visiting his mother, who is recovering from a stroke, when he was placed in confinement after Juve team-mate Daniele Rugani tested positive.

The local authorities said on 12 March Ronaldo showed no symptoms.

BUFFALO, New York A number of companies and individuals renting homes to predominantly impoverished Black communities are being sued for ...

Trump's executive order to ban TikTok heading for the courts

TEHRAN (Tasnim) - TikTok has asked a federal judge in Washington to block the Trump administration from enacting a ban ...

NEW YORK, New York - U.S. stocks wrapped up weekly losses for a third week in a row on Friday, ...

Arm, the Cambridge-based microchip designer is a British tech success story. The firm designs software and semiconductors that are used ...

SYDNEY, NSW, Australia - Stocks in Asia broadly rose on Friday in a positive end to the week.The Australian bourse ...

Thai government considering partners other than China for Kra Canal

BANGKOK, Thailand - In a major blow to China, Thailand has claimed that many countries including India, the U.S., as ...

WASHINGTON, DC - The United States continues to court it's host country in the Arabian Gulf, despite Qatar being out ...

DUBLIN, Ireland - The Irish government has taken drastic action to curb the spread of the coronavirus disease Covid-19 in ...

More than 100 million Americans to lose use of WeChat, TikTok apps

The Trump administration issued a sweeping ban Friday that will begin barring downloads and use of the Chinese-owned mobile apps ...

WASHINGTON, DC - U.S. Supreme Court Justice Ruth Bader Ginsburg who has been regarded as an iconic champion of women's ...

The global hunger crisis caused by conflict and now compounded by COVID-19 is moving into a dangerous phase, the head ...

Exploring the most promising locations for extra-terrestrial life

The Earth's biosphere contains all the known ingredients necessary for life as we know it. Broadly speaking these are: liquid ...

The Other Side of the Wind

Other Side of the Wind