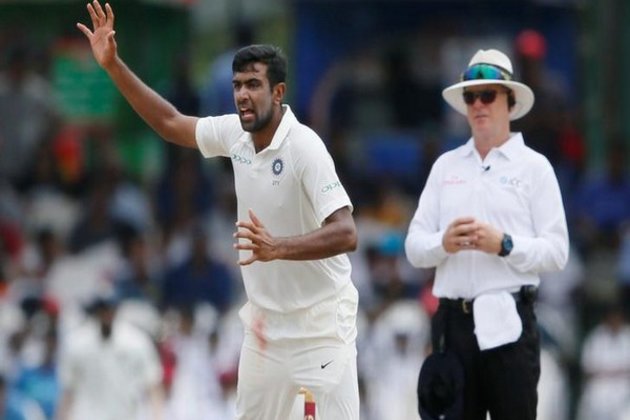 Ashwin took to Twitter and wrote: "This guy Pooran .. ( special )."Pooran played a quick knock of 38 runs off just 18 balls to help his team beat India by eight wickets in the match played in Thiruvananthapuram on Sunday.

Apart from Pooran, it was Lendl Simmons' innings of 67 runs which helped the visitors chase the target of 171 runs. Both Pooran and Simmons remained unbeaten in the match.

With this victory, West Indies have levelled the three-match T20I series.

The series decider between India and West Indies will be played on December 11. (ANI)

SYDNEY, Australia - Stocks in Asia tumbled on Tuesday with fears about a divided America, ahead of the president's impeachment ...

AUSTIN, TEXAS - With China poised to increase purchases of U.S. agricultural goods this year as part of a Phase ...

DUBLIN, Ireland - Apple has been recognised as one of the greatest foreign direct investors in Ireland.The company on Monday ...

WHO: Coronavirus could spread to other countries "in coming days"

GENEVA, Switzerland - The World Health Organization (WHO) says the novel coronavirus could spread to other countries "in the coming ...

NEW YORK, New York - Fox News has doubled down on the impeachment of President Donald Trump, with its top ...

Caribbean and Latin America deadliest region in world for journalists

It has been a deadly decade for journalists across the world, however last year there was a glimmer of hope ...

BAGHDAD, Iraq - Two rockets have landed near the U.S. embassy in Baghdad located in the heavily fortified Green Zone, ...

Taking a look at the politicisation of antisemitism

LONDON, UK In 2004 Greg Philo and Mike Berry authored Bad News from Israel, a ground-breaking work for the Glasgow ...