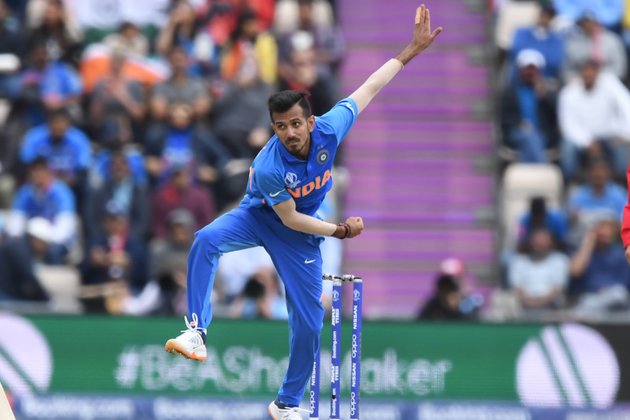 For the first time in the white-ball leg of India's tour of the USA and West Indies, Virat Kohli lost the toss. He was asked to field first by West Indies captain Jason Holder. The hosts need a win to level the ODI series 1-1.

Despite showers expected later in the day, Holder backed his decision to bat first in Port-of-Spain. While announcing two changes that will bolster their batting, Holder said the team needed to bat as a collective.

"It's a good opportunity for the batsman to have a good bat," Holder said. "We try not to play the weather, need to focus on ourselves. We've done some talking, now it's time for execution. Told the boys to take it as deep as possible. I try to take responsibility too, but we need to play as a collection. Sheldon Cottrell's out with an illness, while Oshane Thomas has been rested. Keemo Paul and Fabian Allen are in."

Kohli was not opposed to chasing, announcing one change to the team that won the second ODI. Left-arm wristspinner Kuldeep Yadav makes way for legspinner Yuzvendra Chahal, getting a game in India's final white-ball match of the tour. Kohli also stressed that the team was looking to "plug" a few concerns, especially on the field.

"Not a bad thing, we have most often done what we wanted to do when we win the toss," Kohli said. "Sometimes you are put up against what you want, but it's a good chance to play on a pitch that may be challenging. We just spoke about how we sort of lost our way after drinks breaks, while batting and fielding. Sometimes you can make those mistakes during the breaks, and that brings the opposition back into the game."

SYDNEY, Australia - Shares in Japan sank on Monday as the country's economy recorded its slowest quarterly growth in six ...

NEW YORK, New York - The State of New York will not be appealing the case it jointly pursued with ...

Wall Street ends with a wobble

NEW YORK, New York - U.S. stocks were mixed on Friday as the ebb and flows of the coronavirus news ...

Chinese health officials said Sunday that the number of new cases of the coronavirus has slowed for the third consecutive ...

TEHRAN, Iran - Iran on Saturday threw down the gauntlet to the United States, demanding it provide proof to its ...

UNNAO, Uttar Pradesh, India - At least seven people were on Sunday burned to death after a truck and van ...