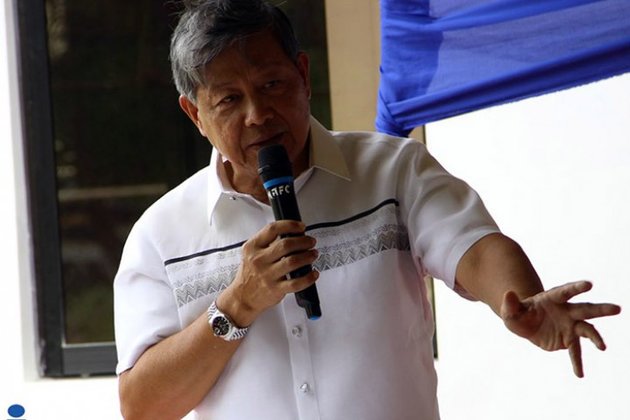 "The construction of the administration building at the shrine was part of the project for the development of the shrine as attractive tourists' destination in La Union," said Carolina as he announced that PVAO is the sole government agency-in-charge in managing and maintaining all national military shrines in the country.

"The establishment of the new administration building in this national military shrine was realized to encourage our children to visit this place and let them know the significance of the place during WWII and the USAFIP- NL. Camp Spencer was the place where American Forces and Filipino guerillas direct the battle and attack leading to the liberation of Bessang Pass that weakened the stronghold of the Japanese imperial forces under General Tomoyuki Yamashita, known as the 'Tiger of Malaya' and conqueror of Singapore," he explained.

Retired Brigadier General Restituto L. Aguilar, chief of the veterans memorial and historical division of PVAO, said the building has a visitor's lounge area where action photos of the members of the USAFIP - NL that composed of five infantry regiments and a field artillery battalion of about 20,000 men, all Filipinos except for five American officers, and commanded by then Colonel Russell W. Volckmann, were found.

"The most significicant feature of this camp was it became the unifying factor during WW II where the Filipino guerillas coming from different indigenous tribes of various cultures and traditions in Northern Luzon were converged at the camp with their unified aim to liberate the area from the Japanese soldiers," said Aguilar.

He said the development of the less than a hectare Camp Spencer started when President Fidel V. Ramos signed Proclamation 590 on June 1, 1995.

"Initially, we landscaped the camp, and at its center, a monument was constructed with written words on top: We Remained, at USAFIP-NL. the monument was flanked on both sides by two large black slabs where the 1,441 names of those Filipino guerillas and American soldiers, who died during WWII were engraved," said Aguilar.

"At the back of the monument, a short story about the successful night landing of the USS SS GAR, a US Navy Submarine, at the Darigayos Cove on December 11, 1944 was engraved," he added.

Aguilar said that the camp was named in honor of Private Grafton Spencer, an Australlian soldier killed in action during WWII. The camp was the center and base of operations of the USAFIP - NL during the liberation campaign of Luzon from January to September 1945 that resulted to the death of 52,033 Japanese soldiers and the capture of 33,000 others.

"This USAFIP-NL military shrine speaks of the pivotal role the province of La Union has taken in shaping the destiny of the nation. During the WWII, it is in this place where the historic American submarine landings took place, and this was the site where crucial war supplies were unloaded and distributed," said Ortega.

"Now, years after the war, these USAFIP-NL Shine stands majestically, reminding us of the bravery and courage that serve as the foundation of a strong and robust society we now proudly build," Ortega added.

For her part, Luna town Mayor-elect Rachel D. Pinzon, expressed her full support to the initiative of PVAO for developing Camp Spencer as an attractive site for historical tourism in La Union. (JNPD/FGL/PIA1)

SAN JOSE, California - Apple has added a new toggle that addresses privacy concerns around the location tracking feature on ...

DUBAI, UAE - The 800MW third phase of Dubai's solar park will be operational in April, the Dubai Electricity and ...

WASHINGTON, DC - The Pentagon on Thursday awarded more than half-a-billion dollars in defense contracts.With around 0.53 cents in every ...

WASHINGTON - Key players in the impeachment trial of U.S. President Donald Trump and his defense argued sharply Sunday whether ...

ABUJA, Nigeria - The Indian Mission in Nigeria on Sunday said that 20 seafarers who were kidnapped by pirates last ...

Prince Harry and Meghan to cut formal ties with Palace

More than one billion mammals, birds, and reptiles across eastern Australia are estimated to have been affected by the current ...